This is the place to visit on the south coast for fresh seafood and... Absolute water frontage on the harbour

fine dining, casual coffee and a range of shopping opportunities

Bermagui Fishermen’s Cooperative was established in 1946, to process and market fish and seafood caught from the port of Bermagui. Over the years since, it has become one of the major suppliers of the Sydney Fish Market. Melbourne also receives Bermagui seafood, as do many local businesses in the Bermagui area.

Many different types of fish are still caught and sent to market from Bermagui. The most well known being Flathead, Ling, Snapper, Tuna, Swordfish and Shark.

With an annual worth of over $2 billion, fishing and aquaculture is the fifth most valuable Australian rural industry after wool, beef, wheat and dairy. Australia’s fishing zone is the world’s third largest (total of 8,148,250 square kilometres). Australian waters contain some 3,000 known species of fish and at least an equal number of crustaceans and molluscs, but only about 10 per cent are commercially fished.

BIG CHANGES IN THE FISHING INDUSTRY

The $220 million ‘Securing our Fishing Future’ package was announced in November 2005 and was designed to deliver profitable and sustainable Commonwealth fisheries for the future. Part of this package involved the buying out of licences and fishing businesses in what was known as Business Exit Assistance.

This meant that Bermagui’s commercial fishing fleet would be reduced by at least 10 businesses, as well as a reduction in visiting boats. To offset this, the Australian Government provided $20 million in Fishing Community Assistance to help fishing communities manage the impacts of this reduced fishing activity.

This enabled the Co-op to apply to the Federal Government for a Fishing Community Assistance Grant of $1.2 million for demolishing the existing Co-op building and replaced with the Fishermen’s Wharf Complex. This was supplemented by local individual Co-op members investing their funds, and a $1.5 million loan taken out by the Co-op itself. 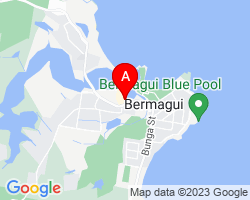